The Department is also served by a Chief Deputy Director who is appointed by the Governor and whose responsibilities include public policy development and coordination with the Office of the Secretary of Public Safety and Homeland Security and General Assembly. 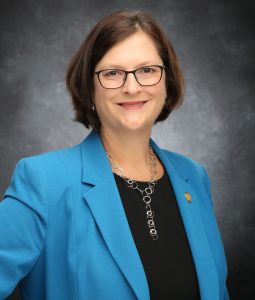 Linda C. Jackson was initially appointed as the Director of the Virginia Department of Forensic Science by Governor McDonnell on February 25, 2013 to fulfill an unexpired term.  She was re-appointed by Governor McAuliffe effective December 26, 2017 for a six-year term.

As Director, she has worked to increase laboratory transparency by making all Breath Alcohol instrument records and test results available online, and offering scientific training to criminal attorneys and judges. She has worked with the Department of Criminal Justice Services to publish annual seized drug statistics for use by Virginia public safety and public health agencies.